A native of Quebec, Canada, Eric Trudel graduated with top honors from the Quebec Conservatory of Music.  He won the prestigious Prix d’Europe competition, which enabled him to study privately with pianists Garrick Ohlsson, Jean-Claude Pennetier, Marc Durand and Louis Lortie.  He has taught and performed extensively throughout Canada, Italy, Germany, Austria, Japan, Korea, Spain, and the United States.  His New York City credits include recitals at Weil Recital Hall, Alice Tully Hall, Merkin Hall and the 92nd Street Y. Mr. Trudel has performed in association with many organizations, including the Metropolitan Opera, Yale Institute for Musical Theater, Yale School of Drama, Montreal International Piano Festival, the Banff Center Festival for the Arts, L’Opéra de Montréal, Connecticut Grand Opera, Les Grands Ballets Canadiens, the Oklahoma Mozart Festival, Pro Arte Singers, and Concora. Equally at ease in experimental projects, he has been involved in the creation of the hit musical Nelligan in Montreal, Christopher Cerrone’s opera Invisible Cities for Yale Institute of Music Theater, and the new Adam Bock/ Todd Almond musical We Have Always Lived in a Castle for Yale Rep.

His association with the CBC includes numerous television and radio performances as a soloist, chamber musician and accompanist.  On CD, he can be heard on the CBC and Star labels, and on the 6 albums of the complete songs of Charles Ives released by Naxos. He recently completed the recording of the complete songs for voice and piano by American composer Scott Perkins. 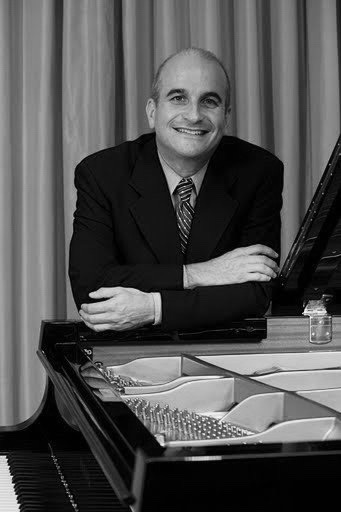 In 2008, the national publication Classical Singer Magazine chose Eric Trudel as “Vocal Coach of the Year”, a crowning acknowledgement of his many years of collaborative work with opera singers. He has also been the principal pianist for the Classical Singer Convention Competition since 2006. In opera, he has recently conducted productions of Carmen, Dialogues des Carmélites, Kat’a Kabanová, Street Scene, Suor Angelica, Les Mamelles de Tirésias and Peter Grimes.

His musical theater credits include conducting The Fantasticks at the National Arts Center in Ottawa, preparing and conducting Evita and concerts with Madison Lyric Stage, countless Broadway reviews with the Guilford Performing Arts Festival, the Montreal International Jazz Festival, and the Ivoryton Broadway on the Shore series.

Eric is a member of the Wall Street Chamber Players, a group of ﬁrst chair musicians from the New Haven Symphony and other orchestras who have been performing in their own subscription series through Connecticut for the past 35 years. He is an avid reader of both ﬁction and nonﬁction literature, and devotes whatever free time he has to hiking and foreign languages. A passionate student and practitioner of the Alexander Technique, he gratefully credits his teacher Rachel Bernsen with weekly life-changing experiences.

The Stamford Chorale has been the greater Stamford area’s community chorus for 71 years! Our repertoire is eclectic, spanning across classical, contemporary and spiritual genres.

Calling all singers! Join us for our Spring semester, with open rehearsals beginning January 21 through February 4. Highlights from our repertoire include Brahms Love Song Waltzes and Scottish Folk Songs. The semester will conclude with a concert on May 3. Click on the Schedule tab at the top of the page to see our full rehearsal schedule.

Want to sing with us?

Check out our schedule on Meetup.com